I first went to the Netherlands in 2013, not long after the London Cycling Campaign’s Love London, Go Dutch campaign had turned my head towards the low countries and the range of blogging exponents of cycling over there. I took my Brompton, helmet and helmet camera and tried to shoot film of the experience. A rough draft sits on my hard drive somewhere, but I never got anything done with that. The hashtag #nuttygoesdutch did a little better on twitter.

One final quick and dirty photo from #nuttygoesdutch for now, a disabled rider on his trike. I've seen countless more pic.twitter.com/bwLd5UEmSP

I did go for the odd trip to the Netherlands in the years since, but never had more than a few days. So last weekend I came back from a fuller cycle tour around the Netherlands. I went for a week, and camped my way around a loop exploring cities and rural areas as I cycled. I gave myself a new hashtag of #nuttyFietstocht and tweeted the odd interesting thing.

€1 for a bag of apples. Yum (panniers full again though) #nuttyFietstocht pic.twitter.com/UrdSjvHqB4

But I also took a lot of video (this time mounted from my handlebars not my head), and ran my GPS the time to keep track of what I saw and where I was. The GPS tracks are easy to make into something I can share, and so here’s a couple of maps of…

Where I went in the UK to get to the ferry and back: 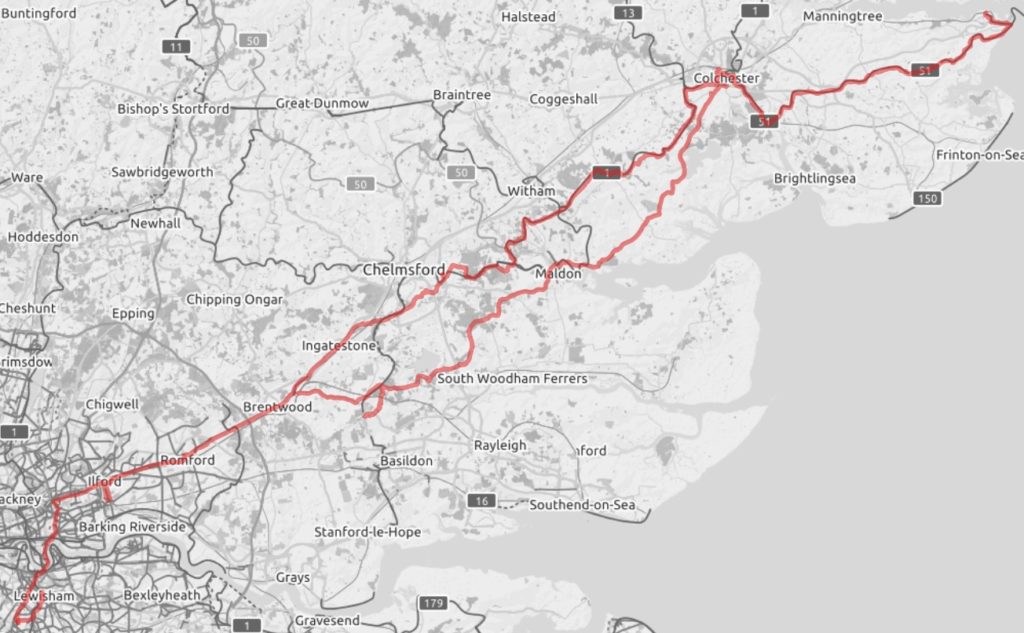 I found quite a lot of interest in the UK legs of the journey – somewhat to my surprise!

And where I went in the Netherlands:

The video is going to take a while to really use well, but I’m optimistic I’ll write up the highlights of each day in a few posts in the coming weeks and months (it’ll be over by Christmas, honest). For now, here’s an exciting photo of some SD cards. 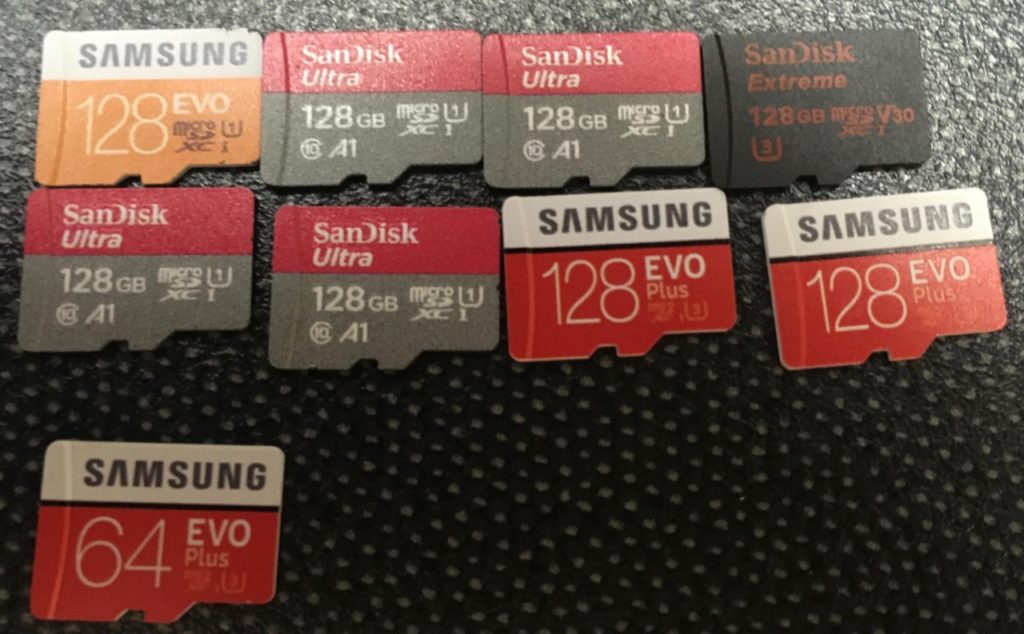 Cor! If you’re interested, I wound up with this many (plus a couple more) because I worked out a bundle of cards was still cheaper than buying a SD card to hard drive backup device, just.

And a quick screen grab of the impressively comprehensive crack covering works on the first path I rode off the ferry. 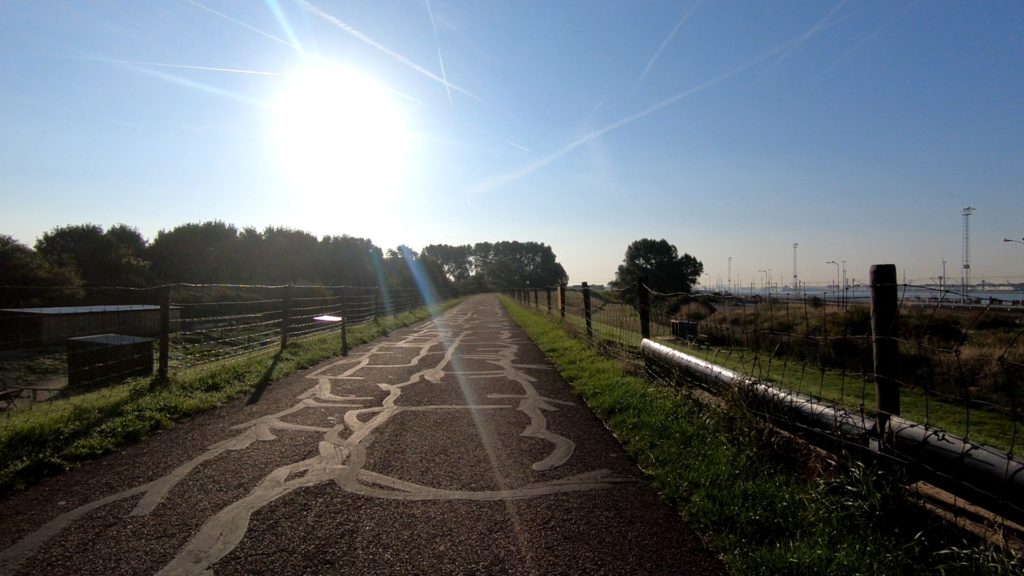