I’ve been meaning for ages to start up a semi-regular thing on here to nag you to watch something I’ve watched about cycling, cities and so on. Times forces my hand on the first choices as they’ll only be on iPlayer a short while.  Nothing I will recommend you watch will be a 100% perfect programme which meets all of my views and avoids all the cliches. I’m not sure one exists. Sadly understanding of the need to talk about people not vehicle, collisions not accidents, and to avoid stigmatising language is not as high as it could be in the media. Even a flawed film illuminates a subject you’ve read about time and time again in new ways. But enough preamble…

An Hour To Save Your Life is a series BBC first screened in March of 2014 which returned for a second series in June 2015. It follows medics and their decisions in the first, critical (or golden) hour of emergency care which can determine the outcome for many patients. I missed the first series and would be intrigued to see it; the second series came to my attention because it featured two high profile cases of women on bikes run over by HGVs. Each episode is about an hour long and intersperses three separate cases which helps provide some perspective on how road trauma compares to heart attacks, for example. And to see that this isn’t just a London thing. That said, both women on cycles featured are in London. 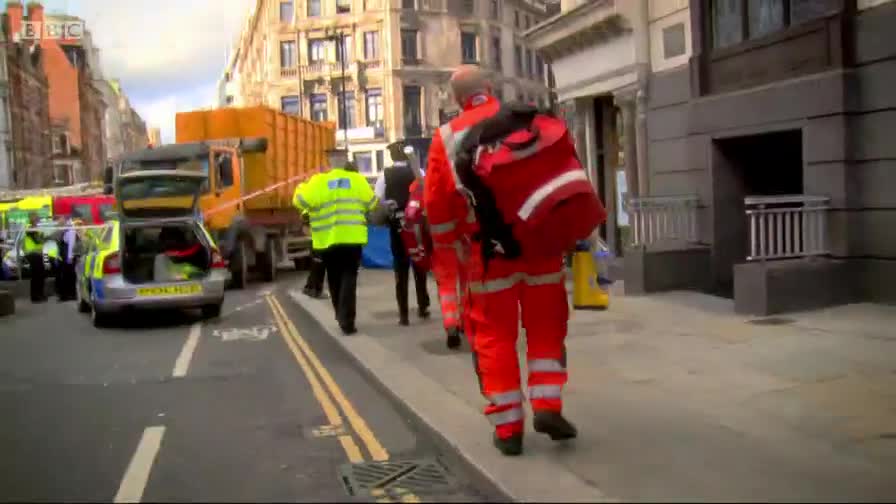 An Hour To Save Your Life – s2e1 – Janina Gehlau, hit by an HGV at Ludgate Circus

In the first episode we see the treatment of Janina Gehlau after she had been crushed by a lorry. By the time the air ambulance medics arrived she had already gone into cardiac arrest and ceased breathing. The crush injuries from an HGV running over the human body are immense.

This episode was on iPlayer until 2nd July. It is available on YouTube (in a slightly odd, cropped form). 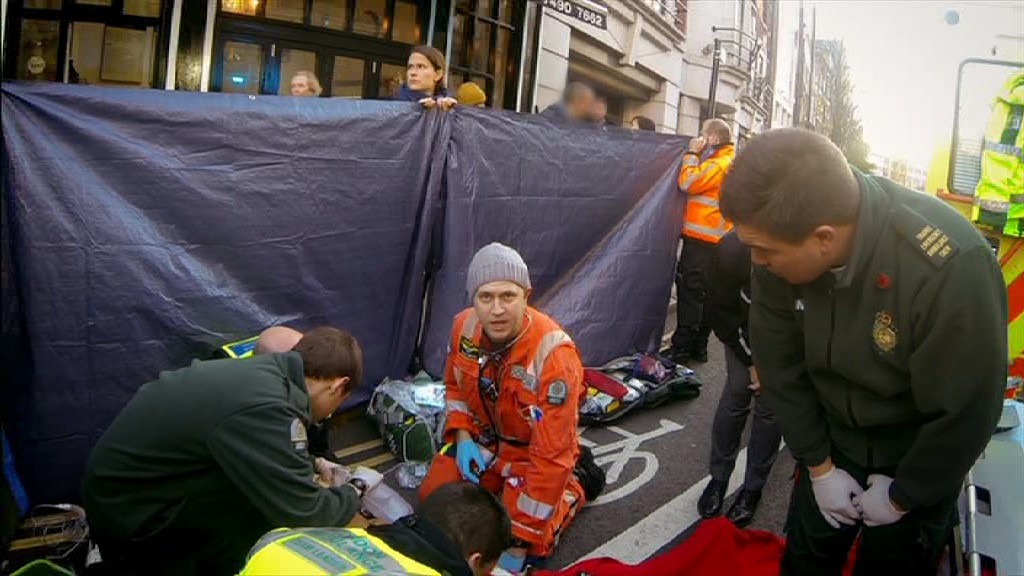 An Hour To Save Your Life – s2e3 – Victoria Lebrec, hit by an HGV at Clerkenwell Road/St John Street

In the third episode we see the treatment of Victoria Lebrec. She was also involved in a collision at a site of known danger.

This episode is on iPlayer until 16th July. It is available on YouTube (in a slightly odd, cropped form).

I’ve tried as a matter of respect not to use a screencap of either woman (though I think the footage within the documentaries is rightly sensitive), but you can clearly see that the sites of both collisions involved painted cycle lanes which provided no protection.

Some of the force of the programme may be lost if you already know the outcome of each collision, so you may prefer to watch episode one and episode three before reading the rest of this post.

The most powerful section of each documentary is easily the final few minutes in which the long term consequences of each emergency are discussed by the patient, medics and families.

“I was very hopeful that she would survive and that she would recover, so it’s quite difficult then to accept that didn’t happen but we did get her heart pumping, we got her to hospital alive and her family were able to see her and be with her at the end.” – Dr Simon Walsh

“We hand’t  seen each other for a month. So it really really helped me to have another three days with her, to spend time with her. To be with her.” – Janina’s husband

Janina was the second person to be killed at Ludgate Circus in 2014, and both collisions are now subject to prosecutions. The junction is set for major overhaul as part of the north-south superhighway in the coming year.

“I’ve treated lots of people like Victoria with the same injuries that have not survived. I don’t think she would have made it to hospital without what we did.” – Dr. Samy Sadek

Victoria lost her left leg in the collision and in an article shortly afterwards thanked the medics and shared her anger at danger on London’s roads. The junction currently has no changes planned for it.

Having dealt with my own share of traumatic incidents in my own life, I am immensely grateful to the families involved  in consenting to the broadcast of what is an intensely private and horrifying experience. These documentaries remind us just how far the efforts to save lives now go. The skills being used to save lives here are those learned in war zones.

Everyone involved seems clear that things need to change and that trauma care is not the solution to road danger. That said, I am remarkably proud and inspired by the determination of those shown here and hope that by sharing their experience they can help encourage change.

Finally, I should make a note about the documentary itself. There are moments in the narration of this documentary that certainly aren’t as I’d have them, but I think as pieces that document the risks we are too often tolerating they are immensely powerful. Rather like the section towards the end of The Routemasters that told the story of Conchita Williams  injured on her bike when in collision with a bus the stories of victims are immensely powerful at illustrating the dangers. And as with Wheels of Change there is a potential in blending the dangers and the opportunities of cycling. 2016 is going to probably see a whole new wave of hype around cycling given what’s due on London’s roads. So are the BBC or someone else going to try and explain why? And before they do, how about the cycling community makes a guide on what cliches and pitfalls the makers should avoid?